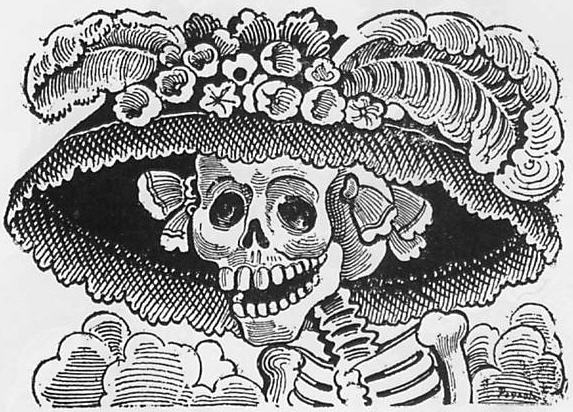 Did you know La Catrina originally had nothing to do with Dia de Los Muertos?

The original artist Jose Guadalupe Posada, born in 1852 in the Mexican state of Aquascalientes, began his career as a teacher of lithography. In 1887, he moved to Mexico City where he worked as an illustrator for hire.

Much of his work reflected his disdain for the corrupt government during dictator Porfirio Diaz's rule over Mexico City. Although Díaz is lauded for modernizing and bringing financial stability to Mexico, he also led his government in repression, corruption, and excess, and had an apparent obsession with European materialism and culture.

While his illustrations satirized people of all classes, it was his rendering of the aristocrats that remains the most popular of Posada's vast catalog work. These images openly criticized the inequality and social injustice that existed in the Porfirian society.

Posada's most celebrated illustration was that of "La Calavera de la Catrina" an etching made sometime between 1910 -1913. "Catrina" is the feminine form of the word "catrin," which means "dandy" signifying a rich, society person. 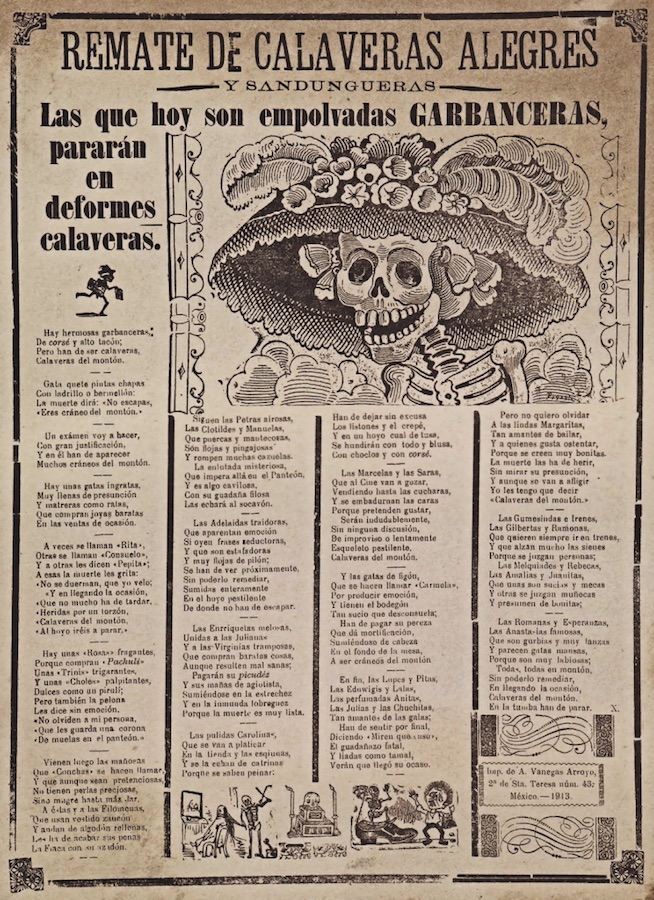 This original description of La Catrina refers to her as a "Garbancera", a nickname given to people of indigenous ancestry who were ashamed of their origins and tried to imitate the European-style while wearing lighter makeup to hide their brown skin.

With her flamboyant hat and dress, La Catrina humorously communicates the concept that death is the great equalizer of all. Despite all the riches you may or may not have in this life, everyone is equal in the end.

Posada earned just pennies for his work throughout his humble life and died the same year shortly after sketching La Catrina.Two of Mexico's most recognized muralists Diego Rivera and Jose Clemente Orozco both point to their admiration of Posada as guiding inspirations for their careers as artists.

While the original work by Posada introduced the character, the popularity of La Calavera as well as her name is derived from a work by artist Diego Rivera in his 1947 mural Sueño de una Tarde Dominical en la Alameda Central (Dream of a Sunday afternoon along Central Alameda). Rivera's mural was painted between the years 1946 and 1947 and can be found at Museo Mural Diego Rivera in Mexico City.

Today, La Catrina is the most recognizable image of the Dia de los Muertos or Day of the Dead celebrations. She has come to symbolize Mexican's willingness to laugh at death and a reminder that we are all equal in the end.